Tom Hanson House in Bamber Bridge has been converted into apartments for social rent by South Ribble Borough Council and on Friday 21st May the keys were handed over to Community Gateway Association, who will manage the properties on the Council’s behalf.

Work to convert the property began in 2020 and boasts seven one-bed flats, and two two-bed flats. The flats are energy efficient and there are charging points available in the car park for residents who have the use of electric vehicles.

“What a day this is. This is the first development of homes we have completed in the borough for over 25 years and I’m so happy to be able to pass over the keys to CGA who will manage the homes on our behalf. We knew that the borough was in desperate need for affordable housing and to be able to deliver this so soon and under budget despite the challenges faced over the last 12 months is an incredible achievement.

“There was a clear interest in affordable housing in the area – with around 150 active applications on select move in Bamber Bridge – so I’m looking forward to tenants moving in!” 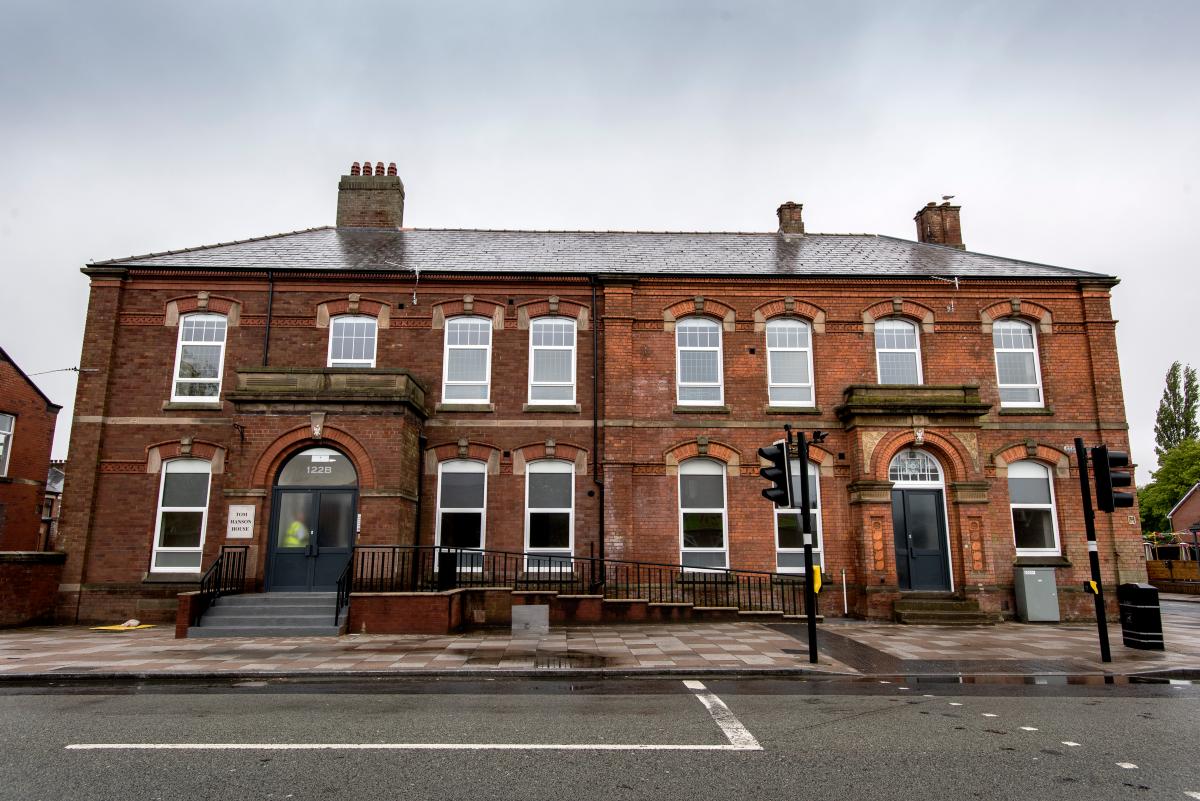 “When South Ribble Borough Council approached us to see if we would be interested in managing this magnificent building, it was a simple decision. The property is a real asset to South Ribble and Bamber Bridge and will make a real difference to people in housing need. A key priority for Community Gateway is to work closely with partners like SRBC to offer more affordable housing, in turn providing local homes for local people. Tom Hanson House does just that and is a great example of what partnership working can achieve.”

“Well, how would you say something about Tom? I met Tommy 10 years ago as a colleague on the Council and he became a colleague, he became a mentor, but he also became my friend - it was such a sadness when he died. I’m thrilled to declare this building Tom Hanson House – he’d be so pleased”

Tom’s daughter, Erica, who was present at the unveiling said:

“I just want to say thank you on behalf of myself and all the family to the council for voting to name this building Tom Hanson House after my dad. My dad – or “Mr Bamber Bridge” – as most people knew him, loved this area. Bamber Bridge was his life for over 40 years so I am delighted we can all be here today. He’d be so proud.”