Freddie made his name as an all-rounder in the England cricket team, excelling as a middle-order batter and fast bowler. He is regarded as one of the best all-rounders in the history of the English game. Freddie’s Field of Dreams aimed to combat cricket's image as an elitist sport by showing children from different backgrounds that they can take up the sport. 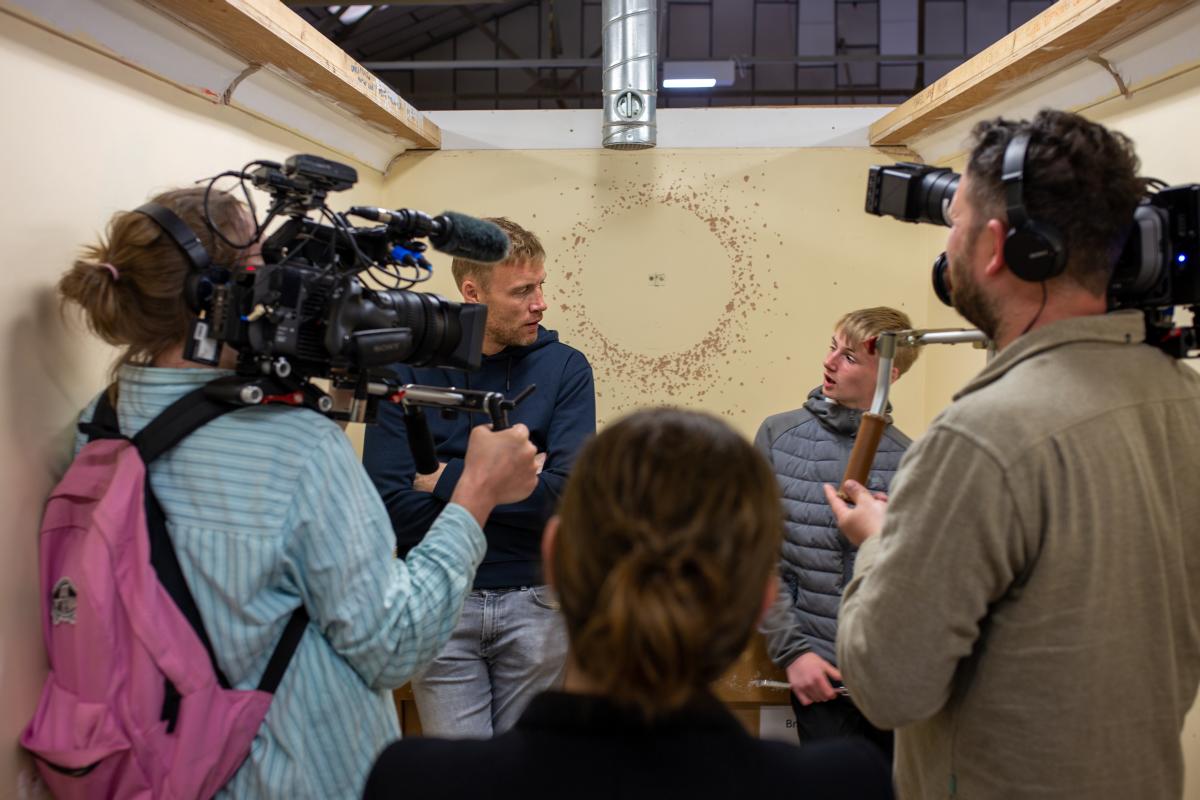 Episode three saw Freddie and his team visit PVC’s city centre base to have a man-to-man chat with one of the budding cricketers Sean Dunderdale who attends the centre alongside his studies at Larches school. Sean had at times been a disruptive influence in the team, but at PVC showed a totally different side as he demonstrated his plumbing skills to the cricket legend.

“We were so chuffed to welcome Freddie and the team to our vocational training centre to see Sean and the other young people hard at work, learning a range of trades. The programme emphasised that the stereotypes around cricket are not important and that everyone can dare to dream of being an England hopeful. That’s exactly what we try to do here – we transform lives and inspire our young people to taking those first steps into a career in construction.”

“The show was brilliant, heart-warming and humbling. It highlighted exactly how much of a difference the work that the PVC team do every day makes to support local families across our communities in Preston and surrounding areas. We’re so proud to have them in our family.”

Like many of the students that come here, Sean has acquired his Level 1 City and Guilds in Construction and after 18 months studying at PVC has now won that valuable first apprenticeship.

You can watch the episode on BBC iPlayer by clicking here or if you would like to fast forward to the short clip from the filming at the centre, please click the image below.