Community Gateway Association’s charitable subsidiary, Preston Vocational Centre (PVC), is celebrating for two very special reasons. Not only did it have its 12th birthday last week, but two more of its students have secured life-changing apprenticeships.

Since the centre opened, they have seen over 6,000 young people and adults receive vocational training support. Two of these were Gabriel Watson and Luke Garity who, after completing their Building Futures construction course have now secured a joinery apprenticeship with local company CCH Joinery.

In a strange twist of fate, Gabriel and Luke are now giving something back to the organisation who helped train them by working for CCH on a project at the Purple Pantry – CGA’s food membership scheme. They are manufacturing and installing a shelter for customers queuing outside; a frequent occurrence at this time especially whilst we adhere to social distancing guidelines in the outlet.

This year National Apprenticeship Week is encouraging employers and young people to consider how apprenticeships can help individuals to build the skills and knowledge required for a rewarding career and Gabriel and Luke are a great example of the work PVC are doing in the community. 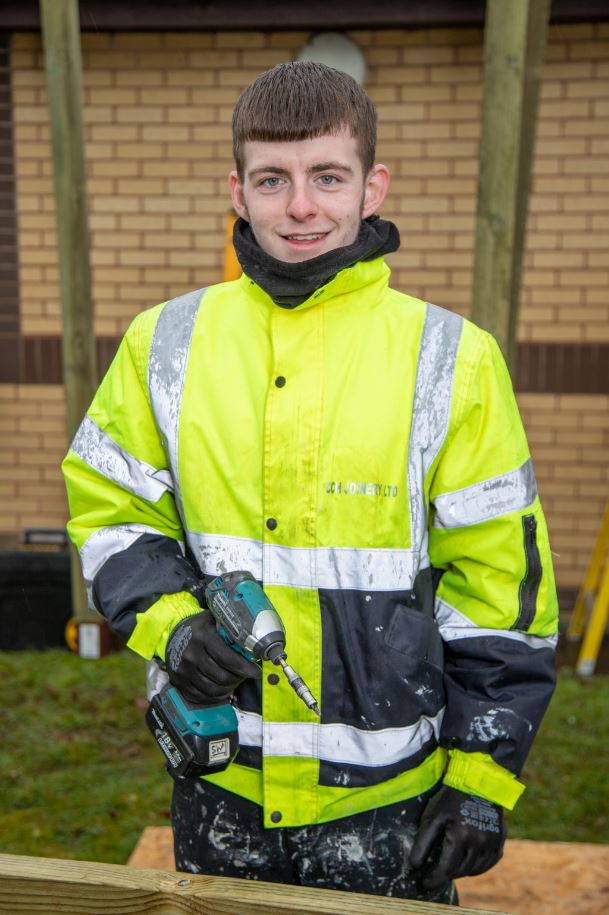 “I started out my journey at PVC where I learned several trades in the construction industry and gained vital knowledge. Guided by my tutors, I applied for a joinery apprenticeship at CCH Joinery and landed an interview. After a very long 24 hours I was contacted by CCH and was offered the position of Apprentice Joiner. I was made up and this couldn’t have happened without the fantastic help and belief that PVC had in me. I cannot thank PVC enough and I strongly recommend them to anybody.”

Last year, Gabriel Watson received the Outstanding Achievement in Joinery and Carpentry Award at the PVC awards evening. Following on from this success Gabriel said: 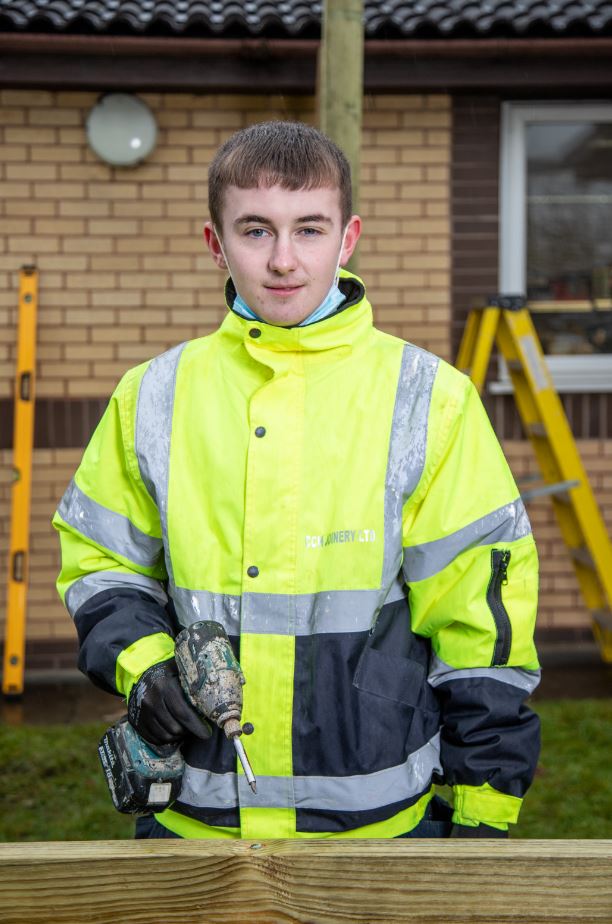 “I went to PVC once a week to do a number of different trades. I realised I really enjoyed joinery and felt like that’s what I wanted to carry on doing. When I completed my construction course, I started looking for an apprenticeship in joinery and applied for college. I contacted loads of companies that just took my details but then I got a call from PVC telling me that CCH Joinery were looking for someone; I applied and was successful. When I first decided I wanted to get an apprenticeship, lots of people said my first year would be just watching and cleaning up, but that’s not been the case at CCH, I have been involved from the beginning and I am learning every day and enjoying my time here working on the current project at the Purple Pantry.”

“At CCH Joinery we buy into the philosophy of local community and the importance of supporting commerce, charity and society. In many ways sharing the views of Community Gateway Association which fosters our great working relationship. CGA introduced PVC to us last year when we carried out some fire door installations at the centre. We were that impressed with what PVC were doing, we gave them a donation to purchase new boots and PPE for the students. Since then, we have employed two young men from PVC as Apprentice Joiners. The level of application shown by these young men has been outstanding. Their drive, determination and work ethic has been a revelation. With such an impact these young men have had, we have enquired about the prospect of employing another two young adults from PVC.”

“We’re so grateful to CCH for their support and giving our lads opportunities and experience like this. This is what PVC is all about and it’s so rewarding to see our learners gain skills and confidence – the transformation when they qualify from the young and often unsure people who come through our doors is incredible.”

If you fancy getting yourself on the possible road to an apprenticeship, why not get in touch with PVC:

We are also offering three individuals the opportunity to join Gateway PropertyCare to undertake work-based training in electrical, plumbing or plastering, whilst earning a wage.

If you are keen to learn and develop your skills, we’d love to hear from you! Apply here.